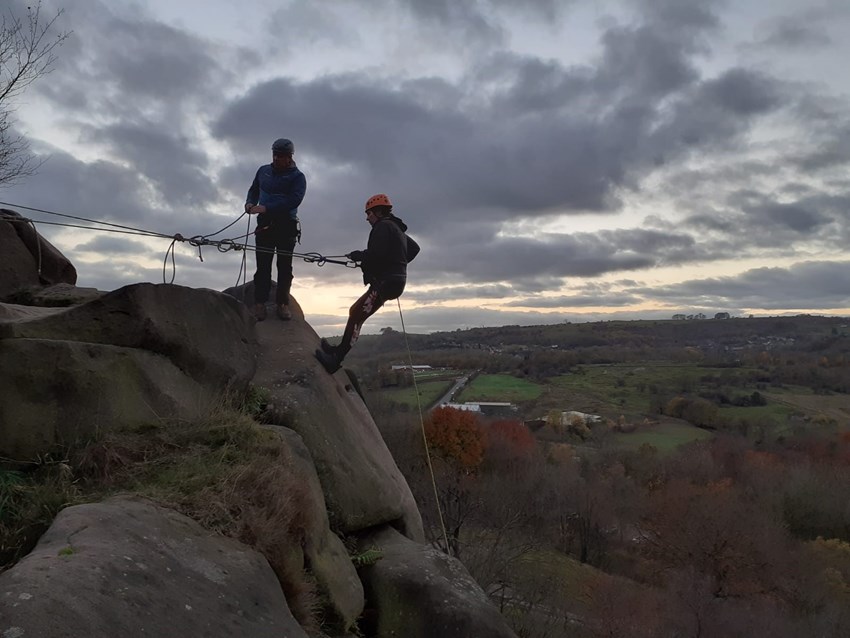 November 13th 2021 was a special day for me. It was a day that I had been looking forward to since starting at Team Fostering. The day had finally arrived where we took a group of young people on the Journey to Independence Residential. The residential had been run by Team Fostering a few times before I started working here, but Covid-19 meant that we had to cancel the last trip.

I met a group of young people at Nottingham train station while the others met at Sheffield. We looked at the departure boards to figure out which train we were getting & which platform we needed to be on. Our journey was easy – we knew we had to get to Derby to meet the Sheffield group & everything went smoothly but the Sheffield train had been delayed. Luckily it arrived within a few minutes of the next train departing & we just made it! 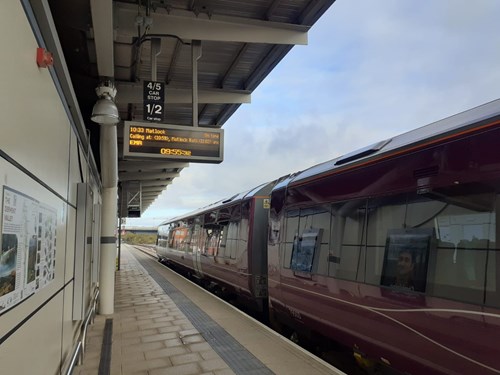 Once we arrived at Cromford in Derbyshire we had a bit of a walk to the accommodation, but the weather was lovely so we started our walk down the canal & on to the High Peak Trail. I was really impressed with the team & how much they helped each other up a huge hill & the resilience that the young people showed. We had earned ourselves a well deserved rest half way up the hill & one of the group led an impromptu activity to get to know each other – it was great to see how well the group interacted & how open they were with each other.

We stopped for lunch at Black Rocks & met Acclimbatize who were running the activities. We got our helmets on & straight into rock scrambling. The support & encouragement amongst the group was amazing to see & I was so impressed with the resilience & determination to challenge themselves even when scared & lacking confidence. We then had to face the next activity – the abseil! There were two choices – a smaller abseil or the big one off the top of Black Rocks. Every single person there did at least one of the abseils & I couldn’t have been more proud!

With a huge sense of achievement we headed to our accommodation ready to get to our rooms & eat our dinner. I worked with half of the group to make dinner & they really knuckled down to get the food prepared – not easy in a small kitchen with limited equipment when cooking for 19 people!

As a reward for completing the abseil everyone got a ‘pudding payment’ where they were given a ‘wage slip’ to pay them for their effort. This money was then spent on a pudding for everyone on the first night. We paid the group at national minimum wage & deducted tax & national insurance to show how wages are calculated when you get a job. The group negotiated between themselves & agreed on which puddings to buy the group.

After dinner, with full stomachs & tired bodies, we headed out to the camp fire which was a great opportunity to really get to know everyone. Some people really opened up & it was lovely to see how much trust they had developed in each other in such a short time & how comfortable the group were in sharing their experiences with each other. We headed back to the accommodation after for a well earned nights sleep.

The next morning the other half of the group were up to make breakfast for the group which was delicious! We then told the group what time they had to be checked out of their rooms for & they had to rely on themselves to get packed, strip their beds & be ready for the next activity – first up was the low ropes. This was a good way for the group to practice the teamworking skills that they had developed the previous day. Although the ropes were not high off the ground, the low ropes were definitely a challenge that required the support of the group & it was good to see how much trust they put in each other. The equipment was damp which made the activities more tricky, but everyone helped each other to overcome the risk. We had a quick break then we faced the high ropes course. 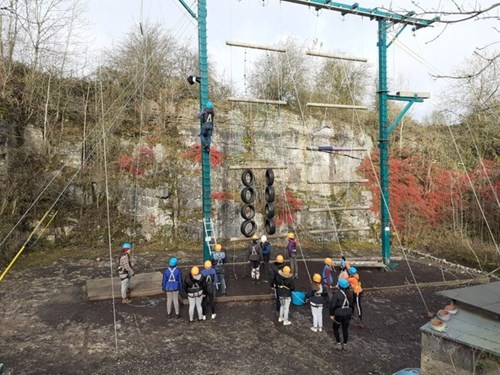 The high ropes was a huge structure where we were challenged with attaching our harness to a rope & climbing up a rope ladder onto some tyres, climbing up the tyres onto a cargo net then touching the bar at the very top. The group did so well at this & really encouraged each other on. I couldn’t get past the second tyre!! Those on the ground were trusted with belaying those on the structure. This was a really important job as they had to make sure that the rope was tight enough so that if the person on the high ropes slipped off then they wouldn’t fall. By this point the group had developed so much trust in each other that no one questioned the belayers & were all confident to climb. Finally came the leap of faith & this was something I was terrified of! We had to take it in turns to climb up the structure & stand on a little platform high in the air & jump off to grab a bar that was suspended in front of us. Logic dictates that you are in a harness with a rope attached so you know you are not going to come to any harm, but the fear kicked in! It just seemed so unnatural to jump off a platform high in the air. The team counted me down but I just couldn’t bring myself to jump. After a minute to gather myself & lots of encouragement from the group below, they counted me down again & I jumped. It was the scariest thing I have done for a long time, but I am so pleased I faced my fear and did it!

We ended the weekend back at the centre for a quick lunch & evaluation session. Everyone said they had made new friends & developed confidence over the weekend. We had one final check to make sure nothing was left at the centre & started the long walk down the hill back to the train station.