Fostering children when you have pets 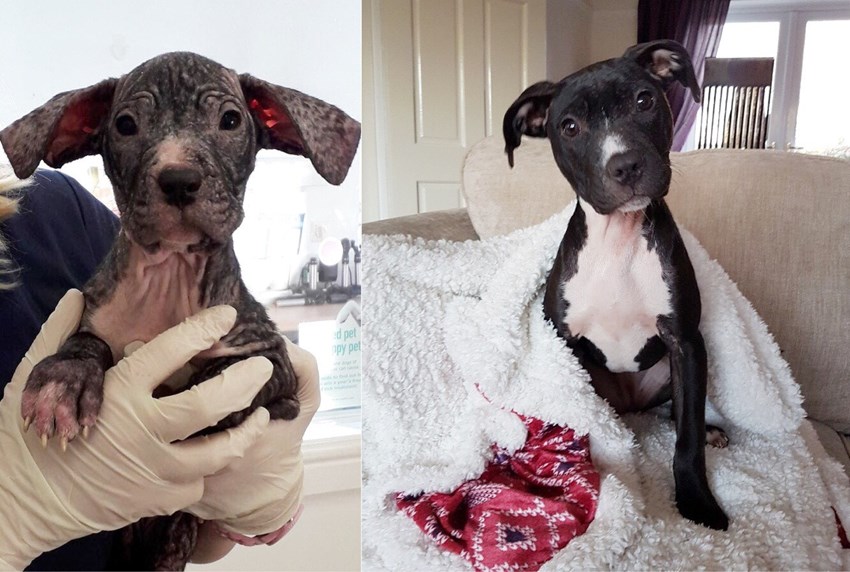 Despite many prospective foster carers worrying about pet-ownership impacting their suitability for the role, lots of our foster carers have pets and we welcome enquiries from others with animals in the home. While there may be some children and young people who can't be matched with pet-owners there are others who would fit in very well alongside four-legged friends.

At the beginning of the year, Team Fostering foster carers Karl and Antony were in the local and national press for adopting El, a puppy who had been abandoned over the festive season. You might have caught them on Look North or in RSPCA advertising.

The pair have had El since January 2018 after she  was found abandoned the month before, dumped in a plastic bag in Ingleby Barwick. The family that discovered her found her with skin sores across her body and suffering from Demodectic Mange, which resulted in her having no fur. The night she was found the temperature was almost as low as -2 degrees, with snow covering the ground.

The family that initially found El wanted to help her and put together pages on Facebook and 'Go Fund Me' to encourage people to donate money to help with the treatment she needed to get better. The pages gained thousands followers from across the world, and messages began to flurry in from those who wanted to show their support for the family and El. Many of those in touch wanted to take El in themselves! El's treatment was covered by generous donations and once she was on the mend it was time to find her forever home. The family met with several of the hopeful families and ultimately agreed that foster carers Karl and Antony were the right one to welcome El in.

After such a horrendous start for her last Christmas, Karl and Antony have worked wonders with El, visible in her transformation photos above. The family have recently worked with the RSPCA who have decided to feature El as the star of their Christmas campaign for 2018!

Karl and Antony have been fostering with Team Fostering for a number of years. El has impacted their day to day lives in a very positive way, particularly in their role as foster carers. The children and young people that they've looked after since adopting El have been taken by her, and it's been joyous for Karl and Antony to see young people cheered up and comforted by such a cute companion!

If you're considering fostering but would like to know more about how fostering can impact your family as pet-owners, speak to us today by:

Below is a photo of El living in her forever home with Karl and Antony, along with a photo of how she looked when she was first rescued. What a transformation! 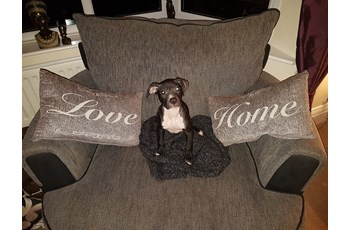